By Mathilda22 September 2021No Comments

What is Welding? A Guide To The Various Types Of Welding

Welding is a process by which two or more pieces of metal or thermoplastics are affixed together by the use of heat and pressure. Applying heat softens the materials allowing them to fasten together along a join line when an adequate amount of pressure is applied.

A Brief History Of Welding

The first iteration of welding was first developed in the middle-ages, although the process recognised as welding today did not emerge until the late 19th century. Before then, ‘forge welding’ was the only means used to join two metal objects together. Forge welding referred to the process of heating the metal to extremely high temperatures before hammering the pieces until they became one. During the industrial revolution, this method was replaced as electric, and gas flames were a much safer and faster option for welders.

Many objects in society today have welding to thank either directly or indirectly for their production and manufacturing. Welding offers a wide variety of specialisms and many employment avenues because of the necessity it serves for society. Some forms of welding use gas, others electric and more recent forms use lasers. In terms of efficacy, there are many different factors that can affect the efficiency of any chosen method. However, the form and thickness of the material is the only factor that is instrumental in choosing the method itself. 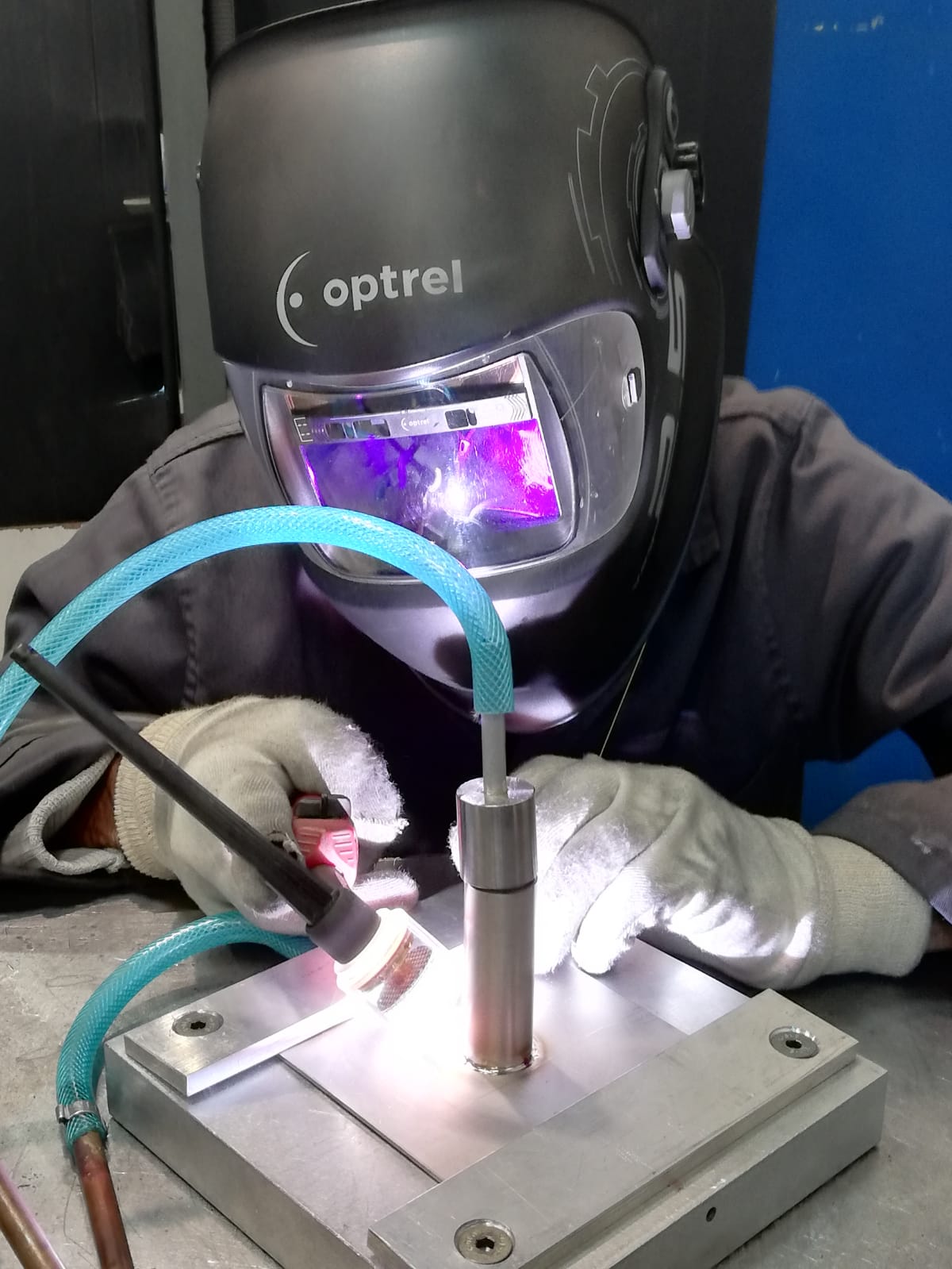 Arc Welding owes its popularity to the low cost of the process. Firstly, a device gives off an electric current – although the device itself can differ from process to process – it allows the current to move through the materials that, without the device, would be considered non-conductive. It got its name because the current created between the device and the materials can sometimes give off an arch-like appearance.

Shielded-metal arc welding or stick welding is perhaps the most popular and widely used method of welding today. The first form of this method was created in 1938, although it has undergone many upgrades through its lifespan. It is an inexpensive and straightforward welding method, although the results are often not as neat as other forms, and molten splatter can be a common occurrence.

How Welding Techniques Have Evolved

During the 1940s, gas metal arc welding was an innovative form of automatic welding. This method uses a welding gun which feeds the weld metal through automatically. It also distributes a protective gas to act as a shield from the natural elements. This process is good for large quantities of work as it saves time. Today this method is most commonly used for automobile repair and manufacturing industries.

One of the most challenging and time-consuming forms of welding was also released in the 1940s. Gas tungsten-arc welding requires a tremendous amount of focus and skill because of the small area between the arc of the flame and the material being welded. However, despite its difficulty, it does produce extremely high quality and strong welds. 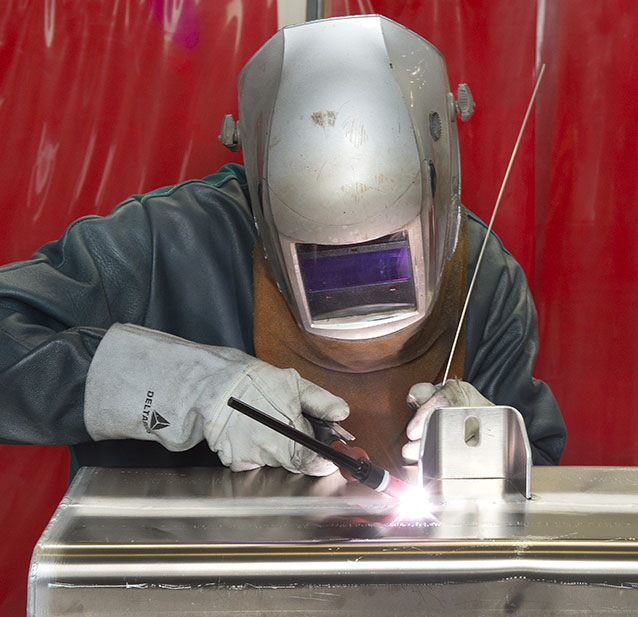 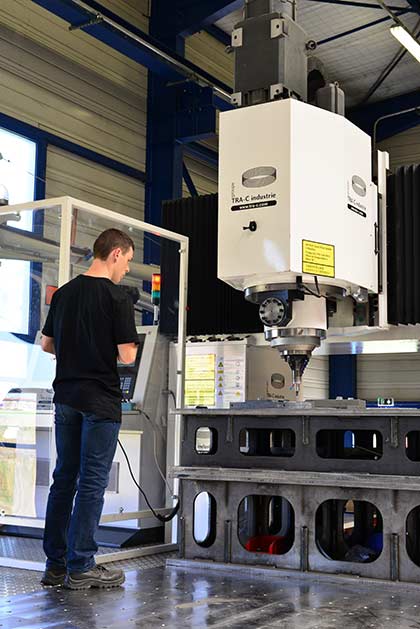 In the mid-1950s, electro slag welding first came into practice. It is a fast process that is used to join large materials such as thick steel plates. Usually, these materials are welded vertically as that is how the electro slag is designed to be performed not to cause distortion to the welder. The name came to be from the use of water-filled copper areas inside the device, which were meant to prevent the melted ‘slag’ from pouring into other areas as it liquifies.

Flux-cored welding was also put into use in the 1950s. It was designed as an alternative to stick welding. It is mainly used for projects that require speed as it is an automatic form of welding. It is favoured for construction uses because of its speed and versatility in multiple scenarios with various materials.

Plasma arc welding is somewhat similar to gas tungsten arc welding. These two methods are often subject to comparison as they work in much the same way, only using different kinds of torches. This method was first developed in 1954, although even today, it is still subject to improvements. It requires more concentration because of the smaller arc and the precision of the weld. In this method, the electrical current is passed through a tiny nozzle which passes through protective gases meaning that a high level of accuracy can be achieved.

Metal inert gas welding was initially released in the 1940s but underwent a long development process until it was perfected in the 1960s. It is a process of welding that utilises gas to shield the weld metal. It is the job of the gas to keep the metal from being affected by environmental elements such as oxygen. This weld operates at a continuous rate, meaning that the process is relatively quick. This method does not require an extreme level of skill, although the equipment can only be used indoors due to the gas used.

Submerged arc welding is only an option for materials containing high iron content, such as stainless steel. The device used in this welding process can be either automatic or semi-automatic, making this a reasonably fast welding process. During the process, the arc must be in constant flux to protect the metal from the atmosphere while it is being welded. This cover also serves to prevent any welding splatter, making it a safer choice for welders than some of the other forms of welding. This particular process is named for the flux covers need to be submerged.

The Most Recent Developments

Friction Stir Welding is perhaps the most recent method of welding. It was first developed in the 1990s and was widely adopted quickly. It uses a non-consumable tool to join two pieces together without the need for an additional melting material. Instead, heat is generated by friction which is created by a rotating tool along the material. The friction softens the material, which allows the two pieces to intermix and weld together. Mechanical pressure is also applied to help the process along. The idea is similar to that of joining two pieces of clay together. This method is primarily used on aluminium and other metal alloys. It is a popular welding manufacturing process with recent developments, including joining polymers and fusing pieces of dissimilar metals that have previously proven difficult for other welding methods. 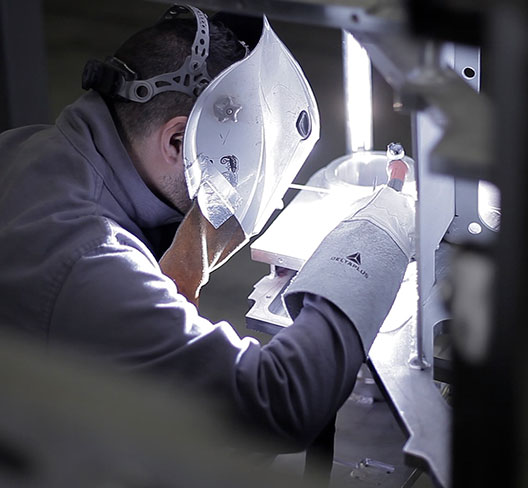 Different methods of welding are maximised for success in different tasks. Choosing the correct method is instrumental in the success of the project. They also require different skill levels and equipment, making some more accessible and some that should be left to professionals. As technology advances, some of the older forms of welding are expected to fall into obsolescence while others will thrive. For example, friction stir welding has provided more opportunities and innovation for industries meaning that this form will likely take on new roles within the industry. In contrast, older forms that are more costly and require more skill to operate perhaps will become less prevalent as time moves on.